We are proud to provide various plumbing services to residents of Lousiville Colorado and the surrounding area.  Whether you are looking for toilet repair, drain cleaning, water heater service, unclogging sinks or appliance replacement, our master plumbers can help solve the problem.  To provide you piece of mind we are fully licensed and insured, we are even separately licensed by several municipalities in Colorado to give our customers piece of mind.

Our technicians live in Louisville and we support local businesses.  Our mission is simply do the highest quality work and to make our customers happy. You deserve a knowledgable, courteous contractor that does what he says he is going to do.  We don't have any gotcha pricing increases after the work is completed. Colorado Green Plumbing, Heating  & Cooling will diagnose your problem and prepare firm pricing for the work needed.  You will approve everything with full knowledge of what to expect and then we get to work. We are also so confident in our service that we have a 100% satisfaction guaranty and a full warranty.  If you are looking for HVAC technicians and master plumbers please consider calling us at (303) 305-3764 .

Please provide information in form below and we will contact you to confirm your appointment. If you have additional questions please call us at 303-772-1318.

At some point in 1877 Louisville Colorado formed to help with the Welch Mine. The town was named after Louis Nawatny a local landowner who decided it would be cool to name something after himself. The town became incorporated in 1882. The Louisville area had a great amount of coal under the ground and at it's peak as many as 12 coal mines were operating around 1909. In fact almose two million tons of coal came directly from under the city. There were many turbulent times in the first half of the 20th century as the Rocky Mountain Fuel Company and the United Mine Workers had labor disputes. A particularly nasty dispute from 1910 - 1914 saw miners and the company trading gun fire which was very dangerous for residents. However, over time maintaining and mining coal became uneconomical and by the 1950's the last coal mine closed.

Now the community has transformed into a suburban residential community and has been listed multiple times as one of the 100 best places to live in the United States by CNN and Money magazine.

The City of Louisville was founded in 1878. For a number of years the community’s water system was based solely on Louisville Reservoir, which was constructed in the late 1890’s. During the 1950’s drought, the community realized this facility could not handle residents’ needs for water during dryer weather cycles. In the mid 1950’s, the City constructed a steel pipeline to divert water from South Boulder Creek at Eldorado Springs to Louisville Reservoir. In addition, the City embarked on a program of acquiring additional water rights to supplement its water supply. As the community grew, additional efforts were taken to enhance the reliability and quantity of water available to Louisville. These efforts included obtaining a contract right to store water in Marshall Lake, a major reservoir in the Louisville area, and constructing Harper Lake Reservoir in 1985. In the 1990’s, after a number of years of significant growth, the City realized the community’s water supply could not be reliably obtained solely from South Boulder Creek and Marshall Lake. Therefore, the City of Louisville joined the Northern Colorado Water Conservancy District (NCWCD), allowing access to Colorado Big Thompson (C-BT) and Windy Gap water resources. Since that time, NCWCD has been the primary focus of the City’s ongoing efforts to provide additional water supplies. As of 2012, the City’s water rights portfolio is valued at over $110 million. 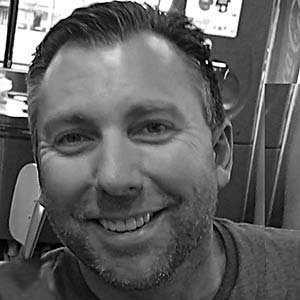 My name is Paul Lingenfelter and I am the president of Colorado Green Plumbing, Heating & Cooling.  We are a team of master plumbers and HVAC technicians.  Taking pride in your work is how we conduct business which means we don't really have any call backs, because we get it right the first time.  We are so confident in our results and our workmanship that we offer every customer a 100% satisfaction guarantee.